Software Defined Networking to Create Networks That Expand and...
1
× 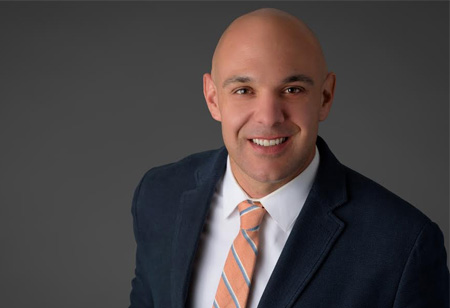 By Andre Fuetsch, SVP, Architecture and Design, AT

Last year, a blogger posted a newspaper flyer from 1991 of an electronics retailer advertising a camcorder, portable CD player, clock radio, calculator, answering machine and various other gadgets. The punchline, of course, is that smartphones and apps have replaced every one of those devices. It’s a jarring reminder of how quickly the rise of software and the mobile Internet have invalidated many old business models and forced companies big and small to rethink how they operate.

For AT&T, the challenge and the solution go hand in hand. From 2007 through 2014, wireless data traffic on AT&T’s network grew 100,000 percent. That’s not a typo. As we like to say, your smartphone has become the remote control for your life. There’s no sign of this trend slowing down. Industry analysts have predicted global mobile data traffic will grow nearly tenfold between 2014 and 2019.

Under that sort of strain, the traditional network model of just throwing more hardware at the problem simply isn’t sustainable. Adding more and more complex, customized and expensive routers, switches and other gear isn’t the answer. Network demand will outstrip network capacity before too much longer.

So how do you build a telecom network that can grow with that software surge? With software, of course.

Software defined networking and network function virtualization are putting us on a path to a network that expands and responds in almost real time to our customers’ needs. Highly automated software running on commodity hardware makes it much easier to add capacity, spool up new services, respond to outages and security threats, and give our customers greater control of their network services.

We plan to virtualize and control over 75 percent of our network using this software-centric approach by 2020. We’re confident we can hit that target. We’re using a model that’s already been proven in the software world (sensing a theme here?).

Traditionally, network service providers built our platforms with a hardware-centric, bottoms-up approach. Reliability was the key criteria, measured by the famous 5-9s. Hardware had to be bulletproof. In a pre-Internet world, it was slow and cumbersome, but it was the only option.

But now think about the rise of all the Web companies. How does a startup–a search engine or a social network or a streaming video provider–scale fast enough to meet explosive customer growth while keeping costs in check? By skipping the custom hardware and putting their features in software running on inexpensive, off-the-shelf servers and other systems. Think apps versus gadgets. You can isolate and route around problems in software. You can add capacity by deploying virtual machines on standard servers. You can keep costs low by using open source software, APIs and other collaborative software tools whenever possible.

“Network function virtualization, where physical appliances are transformed into virtual apps, makes it easier to move resources to different parts of the network”

That’s the model we’re now adapting for the Wide Area Network. We’re becoming a software company. It won’t be easy. But the benefits are clear.

By decoupling hardware and software, you enable both sides to evolve faster. We don’t have to wait years for a new generation of custom hardware to deliver new software features. We can deploy new software at Internet speed.

Network function virtualization, where physical appliances are transformed into virtual apps, makes it easier to move resources to different parts of the network. We can also push software updates to the cloud. No need to roll out physical trucks to central offices.

Software defined networking gives us a way to automate what were traditionally manual functions. It speeds up the process of how we provision and connect these functions together. And when there’s a problem with that software, we can detect the issue, isolate it, and spin it up somewhere else and continue to serve that demand without manual intervention.

It also opens up the innovation process. Because our network services are now in software, the developer community outside the traditional vendors can now contribute.

Lastly, it gives customers more control over their network services. They can add and adjust features in almost real-time from their own dashboards. This spares them calling in a work order to AT&T and waiting for us to deploy updates.

We’ve already made impressive progress in four key areas related to our 2020 goal:

• We launched Network on Demand, our first SDN-enabled network service, in 2014. This enables customers to increase or decrease their network bandwidth as needed in near-real time.

• We’re virtualizing our enterprise and consumer Voice over Internet Protocol (VoIP) architecture, including Voice over LTE (VoLTE), so it all runs on one network. We call it the Virtualized Universal Service Platform.

• AT&T Integrated Cloud (AIC) nodes are the physical sites where we’re running virtualized functions that are part of our next- generation network architecture. We have 29 nodes today that are targeted to migrate to AT&T’s AIC vision. We plan to add at least 40 more this year. Out of 150 network functions that we want to virtualize and control with our target architecture, our plan is to transform 5 percent by the end of 2015.

We’ve got 2,000 engineers dedicated to our 2020 goal. We’re virtualizing our first network services this year, including Connected Car and MVNO.

This is a critical pivot for surviving in the future. But it’s also an opportunity to deliver products and services more quickly than we ever could before.

The alternative is sticking with a network model that will someday soon be as antiquated as a pocket calculator or VHS camcorder. 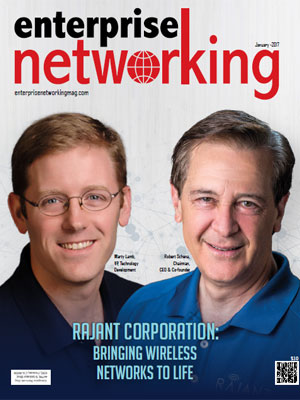 Data to Marshal on Field Troops